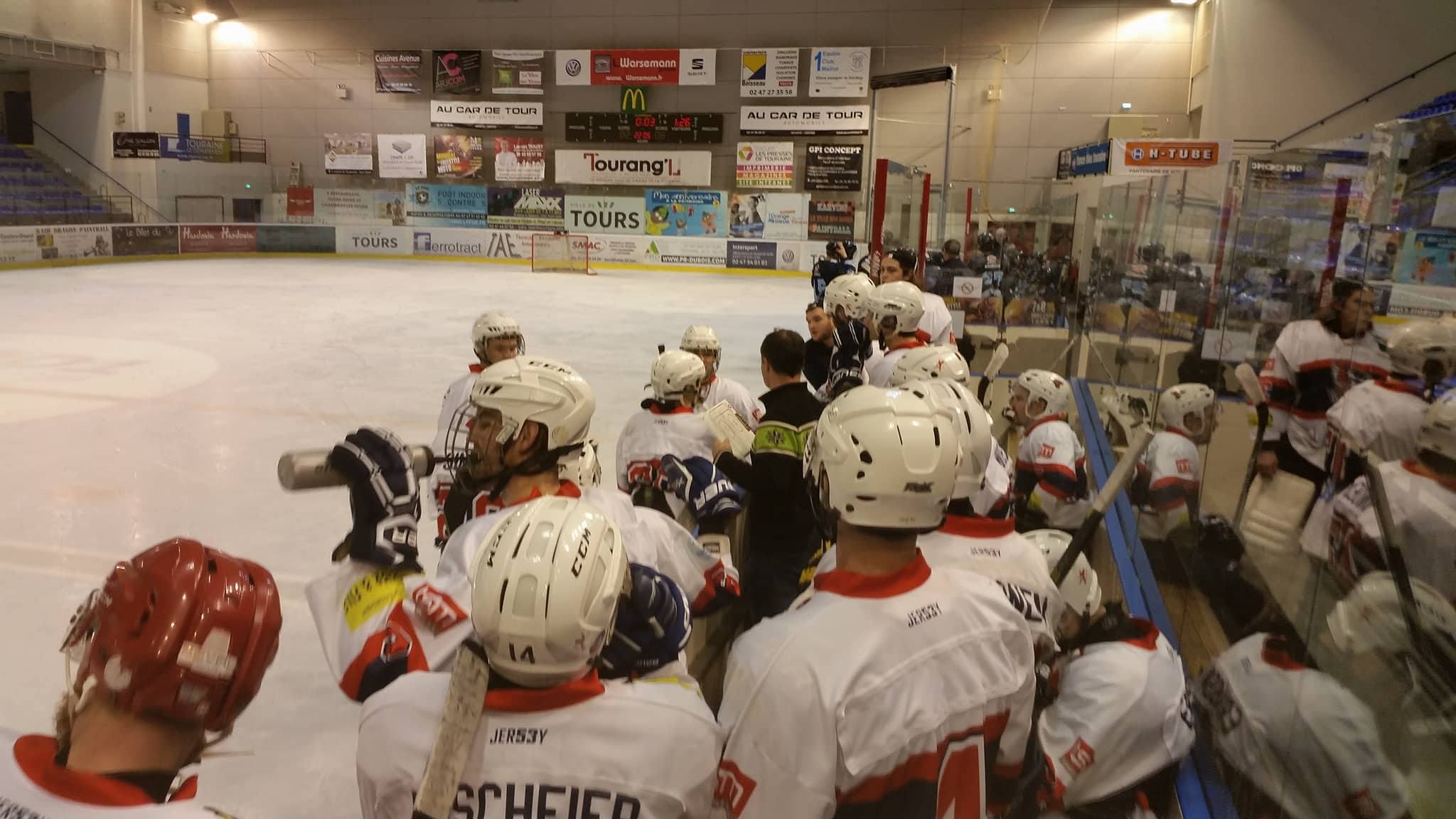 Tornado took a lead in the play-off-series

The long-awaited play-off journey finally started in Tours this Saturday. The date surprised some players and they needed to change their holiday plans to be able to play the game. Despite some absences Tornado managed to collect enough quality to their rosters. In this phase it’s good send big thanks to players and their families about the commitment!

The start of the game was a bit nervous. Even Tornado had tried to do research from before the game about Tours, it’s still hard to anticipate only from stats what kind of team we are going to play against. Tours had pretty young and well skating team, but we can say that Tornado was a bit ahead physically.

First 10 minutes Tours was controlling the game while Tornados were trying to get rid of their bus legs. Even though the team did good preparation, the start is always hard after spending 8 hours in the bus. After 10 minutes of play Tours’ best scorer Mattis Boisse took a penalty and Tornado had a change on power play. In the beginning of the powerplay our efficient first line could put good pressure on Tours’ zone without succeeding to score though. After that it was our second line’s turn to try. They also got the puck to the offensive zone and after setting up, Ossi Uotila took the puck behind of the net. He surprised both, the opponent and own teammates with his no-look pass to front of the net and Teemu Hinkula luckily managed to react and shoot the puck into the net between goalies legs. 1-0 for Tornado. Unluckily less than one minute after the goal, Tours managed to tie up the game and the first period ended 1-1 on the scoreboard.

During the break coach Fical convinced the team that we are on the good track and we should keep the same effort.

Team and especially Vesa Hirvonen responsed on Fical’s challenge in positive way. Hirvonen did what he should do more often, the Flying Finn gained the speed from the own zone and in the end of the coast to coast skating he shot the puck unbeatably to the top corner of Tours’ net. This gave a boost for Tornado and they took the full control of the game and scored two more goals in couple of minutes. Scorers were Uotila and Hinkula. In one-point Tours managed to score their 2nd goal on powerplay but despite that, the game was under Tornado’s control and the second period ended 4-2 for Tornado.

From the statistics it was possible to see that Tours takes lot of penalties. It was a bit surprising because the team didn’t seem to be so physical. But by the time it became clear what the issue was. As Tours couldn’t challenge Tornado physically, they got frustrated and started to complain a lot. That broke their game even though Tornado was more penalized in the game. Including Hinkula’s 4 minor penalties.

In the third period Tours got many changes to try their power play. Tornado has been fine tuning their penalty killing and with help of Gilles Mangen on the net, they managed to kill the penalties. 5 minutes before the end the frustration of Tours realized on two penalties and Tornado got change to show their power play skills. And they truly did it! First Teemu Hinkula shot his third goal of the game from Steven Minden’s clever pass on 5 against 3 game and only 1 minute after Shorty Muller deked Tours’ goalkeeper and the game was 6-2 to Tornado.

One and half minute before the end Tours score their 3rd goal on power play so after 60 minutes of play, the series is 6-3 for Tornado.

After the end of the game Tours’ player showed his frustration and shot the puck towards celebrating Tornado players. That was too much for coach Fical who ordered his men immediately to the dressing room. The happenings of the game left lot of tension but hopefully in Luxembourg we can just focus just hockey.

After this away game Tornado is in a good position to reach the second round of the play-offs. There they would meet the winner of the series between Caen and Nantes. That series is 3-2 for Nantes after the first game in Caen. The second game between Tornado and Tours will be played on Saturday 10th of March in Kockelscheuer. Even though things look good now, everything can happen in hockey. The team needs to be focused and stay committed to our simple system. In any case it’s clear that we will need the support of our fans who have been cheering us actively in a social media during the past away games. So, it’s time to fill Kockelscheuer in two weeks! #biggertogether